You’ve heard about the low histamine diet and you want to know if you should try it to improve your histamine intolerance, right?

The answer largely depends on the severity of your symptoms.

But for those with mild to moderate symptoms, or for people who have eliminated other possible causes of their food intolerances and are still not getting better, the diet can be a helpful tool in identifying foods that contribute to their symptoms.

Many people have found that going on the low histamine diet leads to a decrease in their symptoms, and they not only feel better but also have more energy and mental clarity.

Shockingly, there is actually no substantial evidence that histamine directly causes the symptoms of histamine intolerance.

Rather, it is the indirect effects of inflammation and gut irritation that are the real culprits, which result from a cascade of histamine release.

We know this because some individuals with severe food allergies who should be highly sensitive to histamine do not experience any symptoms when they eat foods containing high amounts of histamine.

This is similar to how some people can be highly allergic to gluten or other foods but do not get sick when they eat them.

What Exactly Is Histamine Intolerance?

The most common cause of histamine intolerance is chronic gut inflammation due to food sensitivities.

Inflammation is the result of a cascade that includes histamine release and subsequent activation of mast cells in the intestines.

Mast cells normally help protect us from invading pathogens by releasing inflammatory molecules like cytokines when they detect potential invaders like bacteria or gluten.

In a healthy state, mast cells are supposed to be activated only when needed.

In a healthy individual, the immune system can control the release of inflammatory molecules and turn them off as needed.

But for some people, the immune system does not work well enough to keep mast cells in check.

In other words, mast cells release excessive amounts of histamine when triggered by food triggers like histamine-rich foods like eggs, wheat, soy or fish.

When mast cells release histamine and other inflammatory molecules, they may also stimulate the vagus nerve, which then triggers an increase in stomach acid production.

The excess stomach acid can cause more inflammation, which leads to more histamine release.

Eventually, this process can become a vicious cycle of gut inflammation, histamine release and intense symptoms.

The symptoms of histamine intolerance are similar to those resulting from other food intolerances (including gluten intolerance).

Also unlike other food sensitivities, most people experience a rapid onset of symptoms within 30-60 minutes after eating foods that contain high amounts of histamine.

But histamine intolerance can cause significant damage to the gastrointestinal and immune system in some people.

Many people with histamine intolerance experience chronic skin rashes that have a hard time healing because of underlying gut inflammation.

The pain from these rashes can be severe and persist for long periods of time (months or years).

Time after time, doctors will prescribe anti-histamines and steroid creams without realizing that the real problem is an over-reactive immune system caused by food sensitivities.

A natural histamine reaction to an allergen is part of our immune system’s inflammatory response.

When we eat a food that contains an allergen that we have been sensitized to, a chain of events is initiated.

First, the food protein enters the lining of the digestive tract and gets broken down into smaller pieces which set off an inflammatory cascade.

The body recognizes these smaller peptides as foreign invaders and activates its defence system by releasing histamines, cytokines and other chemicals that cause inflammation and swelling.

The inflammation caused by these chemicals is dependent on the type of allergen and severity of sensitivity to it.

For example, a plant-based food can cause a greater inflammatory response than an animal-based one.

Sometimes one may develop specific autoantibodies that bind to histamine receptors.

Some natural substances, such as Lactobacillus acidophilus (fermented milk), have been shown to reduce histamine activity in the digestive tract by breaking down histamines, protecting the digestive system from damage and repairing cells that are involved in inflammation.

Many people experience significant relief from their symptoms within just one week on this diet.

However, it is important to understand that you can still have a reaction to food even after following the Low Histamine Diet.

This can occur because of other dietary factors such as candida (yeast) overgrowth or other food intolerances.

In order to be considered histamine intolerant, some doctors will require you to eat a small amount of a food ingredient and see if you have any symptoms.

Then they will work with you to figure out whether your stomach is overloaded with histamine or something else is causing your symptoms.

If you are tested and you do react to a small amount of offending food, you will be placed on the Low Histamine Diet.

Get The Histamine Intolerance Cookbook On Amazon

Who Is The Low Histamine Diet For?

The Low Histamine Diet is for those people who have been diagnosed with chronic fatigue syndrome, fibromyalgia, anxiety, depression, mast cell activation disorder (MCAD), and histamine intolerance.

It is best to seek medical advice before trying the diet, but understanding it doesn’t mean that just because a food has a substance in it it will cause trouble for your particular body chemistry.

Foods You Should Avoid If You Are Histamine Intolerant

If you’re histamine intolerant, you should be aware that there are foods you should avoid. Here’s the list:

Can The Low Histamine Diet Work For You?

The low histamine diet is not a cure-all.

There is no quick fix for what ails you if you think you have histamine intolerance.

The diet can make your life easier if you do suffer from this condition, or it can rule it out as the cause of your symptoms.

However, for many people who have been diagnosed with histamine intolerance, the diet has been incredibly successful in reducing symptoms.

Much like other detox diets, you should stick to the diet as much as you can and drink plenty of water. This will help flush out any build-up of toxins within your body that may be causing you pain.

Before starting the diet, make sure you are eating a healthy and balanced diet that contains no histamines or other problematic substances.

The food you eat before and after the diet should be packed full of all the necessary nutrients for your body.

Some people will find that they have less symptoms on the low histamine diet than they had before.

If this is the case for you, then try sticking to the Low Histamine Diet as much as possible – it may help you get better.

Working with your doctor and trying other therapies might be more successful in addressing your health problems.

If you’re struggling with chronic fatigue syndrome or have used medication in an attempt to get well, talk to a doctor about whether or not the Low Histamine Diet could help relieve your symptoms and improve your quality of life.

But if your complaints are severe and persistent, there are other, more serious things to consider.

You may have an underlying condition that’s not yet diagnosed; or it could be something else entirely.

If your symptoms aren’t being controlled by the Low Histamine Diet, make an appointment with your physician to discuss other treatment options.

For your diet to perform well on your body, I have some tips for you below:

These two things can cause some people to experience digestive issues and itchy skin even when they’re not on the low histamine diet.

What Is The Low Histamine Diet Plan?

If you’re serious about relieving yourself with histamine intolerance, I highly recommend this low histamine diet cookbook that shows you the low, medium and high histamine content foods and also delicious recipes that don’t compromise on the taste.

Get The Histamine Intolerance Cookbook On Amazon

If you’re just getting started on the low histamine diet, it’s important to realize that it takes time to heal.

You may not see immediate results, but you should know that your symptoms will decrease over time.

The foods you eat while following this diet are very healthy and they’re designed to promote optimal digestive function and a healthy immune system.

It’s important to keep a journal of how your symptoms change over time after starting the low histamines diet.

You may want to keep track of when your symptoms disappear, and if you’re able to have any triggers, what those were.

After following this diet for several months, you’ll notice that your energy levels will improve and your skin will be clearer. You’ll also experience reduction in fatigue and bloating.

The low histamine diet can have a powerful impact on the health of your internal organs as well as overall immune function.

A healthy gut is essential to overall health, and the low histamine diet enables you to get back in touch with what food means for a healthy body.

If you’re suffering from anxiety, try the low histamine diet to calm your body and mind.

What Can I Do To Reduce My Histamine Levels?

If you have been diagnosed with a condition that causes high histamine levels, there are a few things you can do to reduce them.

As mentioned earlier, histamines are created through oxidation or biogenic synthesis.

Therefore, if you want to reduce your histamine level for an extended period of time, it’s important to decrease your overall inflammation or create an anti-inflammatory environment in the body.

So, I highly recommend you start a low histamine diet and incorporate these healthy foods into your diet.

If you’re an individual suffering from histamine intolerance, it can be overwhelming and difficult to know where to start.

I hope this article will help you in making the best decision about trying the low histamine diet or not.

I always recommend to seek medical advice before proceeding! 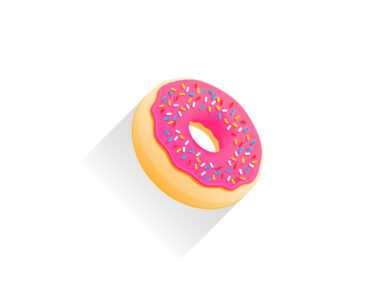 You’ve stumbled upon the 21 Day Sugar Detox by Diane Sanfilipo and you want to know if it can help you quit bad sugar and at the same time, shed…
View Post 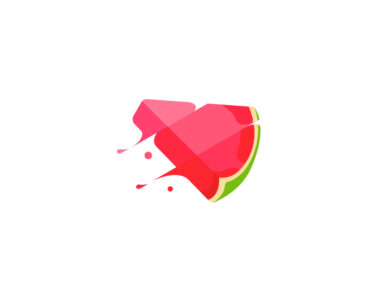 At this time, you’re pretty much interested in trying the watermelon diet for weight loss but you want to have some other points of view about it, right? Do you…
View Post 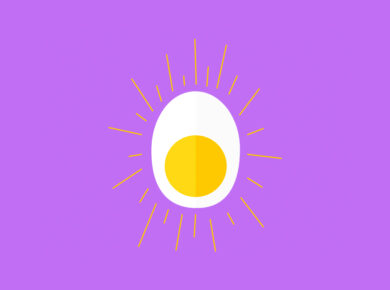 If you’re fed up with your weight and want to shed those unwanted pounds, a boiled egg diet may be the way to go for you. It promises to make…
View Post 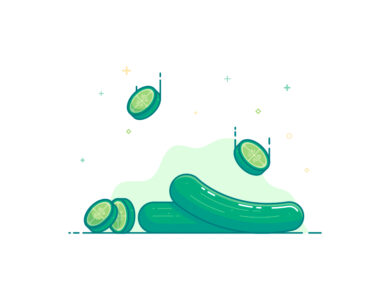 One of the great things about the cucumber diet is that it has so many health benefits. Cucumbers are a good source of vitamins A, B6 and C, as well…
View Post 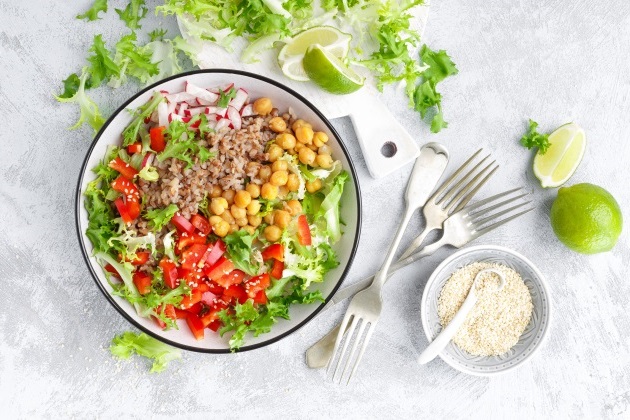 Wondering what is Pegan 365 diet and how it can help you become healthy? Alright!  Dr. Mark Hyman is the person who invented the Pegan diet. In this kinda diet,…
View Post 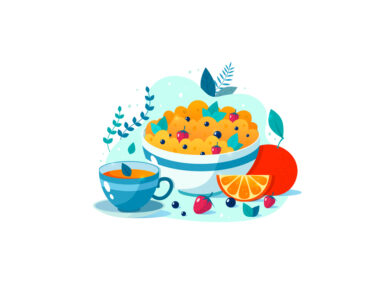 In this article, I will explain what is keto diet in the simplest language, that’s why I’ve named it “Keto Diet Explained For Beginners”. I know sometimes reading every piece…
View Post 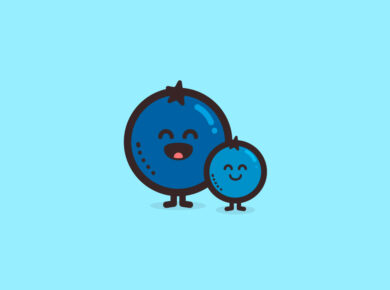 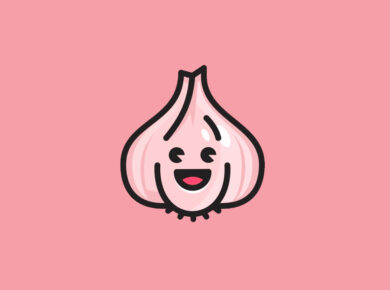 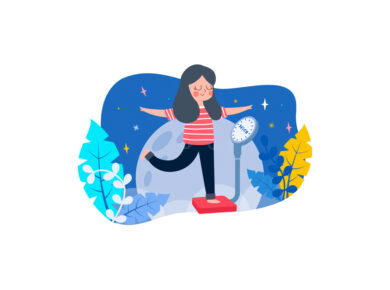 How Much Weight Can Be Lost In 3 Months? 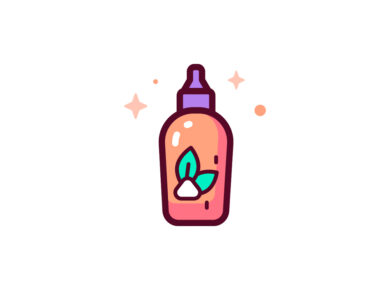